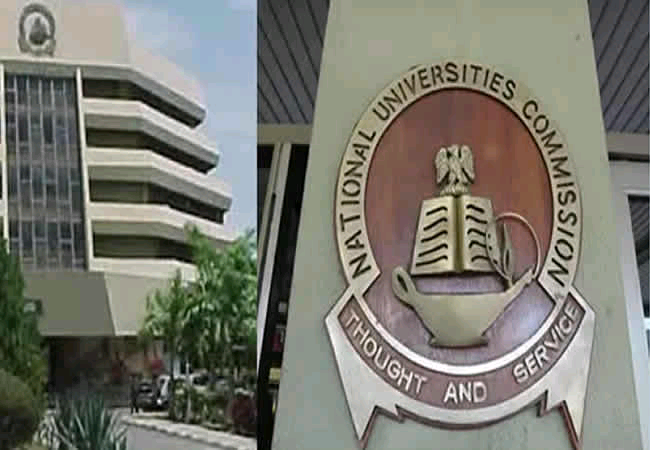 The Federal Government through the National Universities Commission has finalized a new curriculum for Nigerian Universities. The commission also made it known that the number of programmes has been increased from 188 to 238.

The PUNCH reports that the NUC had last year inaugurated a committee of experts drawn from various disciplines in Nigerian Universities to create the new Core Curriculum and Minimum Academic Standards for Universities.

The latest bulletin released by the commission and made available to our correspondent in Abuja explained that the committee had turned in their report to the commission.

The report partly reads, “The Committee of experts drawn from various disciplines in the Nigerian Universities to harmonies the online drafts of the curriculum review coordinated by the National Universities Commission last week converged for a face-to- face interaction on the new Core Curriculum and Minimum Academic Standards documents to finalize activities on the report which began within the last one year.

“Declaring open the interactive meeting at the Idris Abdulkadir Auditorium, Abuja, the Executive Secretary, National Universities Commission, Prof. Abubakar Adamu Rasheed, recalled that what used to be called the Minimum Academic Standards started way back in 1989, for 13 disciplines and largely prescriptive then.

“He added that the review of the MAS curriculum by 2004, led to the evolution of the Benchmark Minimum Academic Standards with other forms of review conducted in 2007, explaining that unfortunately successive attempts to review the developed BMAS further in 2011 and 2018 were not successful.

“He highlighted that several online reviews had gone into the process since the last 10 months, with a robust engagement by representatives of the various academia in diverse fields, professional bodies and the private sector, getting the document to now face-to-face review by the stakeholders.

New Directive on How to Check JAMB 2022 Result || Login Portal.jamb.gov.ng/efacility

View all posts by admin →